Back to top
‹ Back to the shop

It is the finest honey of the Greek nature. Every drop of it encloses a strong, lasting flavor with intense aromatic characteristics and a light amber color.

The organic Thyme Honey  is collected in the thyme regions of the Southeastern Peloponnese at an altitude ranging from 300m – 1300m from early June until late July. The region of Mount Parnon and the gorge of the Monastery of Elona, are included in the Network Natura 2000. This is a European Ecological Network of areas that host natural habitats and habitats of species which are important at European level.

After harvesting, honey is carefully filtered and packed directly into glass jars in our modern facilities. The whole process does not exceed one month from the time of harvest. Then it is stored in a dark, dry place at low temperature ready to be released for consumption. The unrivalled beauties of the Greek nature in collaboration with the care and the persistence  , give out a product of perfect quality.

Cretan Honey by “Hellenic Idea” is collected from the White Mountains at an altitude
of 650-700 m. It’s a region with natural beauty and high value, pure and virgin, with
rare endemic species of plants and animals protected by Greek and European
legislation. The area belongs to NATURA and the National Park of Samaria.
Our raw, unfiltered, unheated Greek honey comes from a most valuable herb of
Crete, thyme. Thyme honey is unique thanks to its aroma and taste, high
nutritional value, stimulant and antiseptic properties, preventative effect against
cardiovascular disorders and beneficial role against diseases of the urinary and
digestive system. The size of the jar is 340 grams / 12oz.
Thyme Honey: Anti-Allergenic, Anti-Oxidant and Anti-
Cancer Properties
Thyme honey is made by bees from the flower nectar of Wild Thyme, Garden
Thyme, Mother-of- Thyme, or any other species in the Thymus genus of plants.
This relatively expensive gourmet honey is delicious on French toast and crepes,
but it can also add nice flavor and sweetness to tea and herbal infusions.
Culinary aspects aside, thyme honey also provides health benefits thanks to its
strong antioxidant, anti-cancer, and anti-allergenic properties.
Thyme Honey Has Strong Antioxidant Properties
Thyme honey has strong antioxidant properties. A Polish study that compared
the antioxidant properties of 10 honeys found that thyme honey – along with
other dark-colored honeys such as raspberry, hawthorn and black chokeberry
honeys, had the highest antioxidant activities as well as the highest levels of
polyphenols and flavonoids, compounds that are known for their strong
antioxidant properties.
Antioxidants help neutralize free radicals, unstable molecules that are generated
by things like sunlight, cigarette smoke, air pollution, pesticides, infection, and
metabolism. These unstable molecules are believed to contribute to the
development of numerous diseases and conditions, including heart disease,
various forms of cancer, cellulite, cataracts, and asthma. Free radicals can also
promote premature aging of the skin, which is why free radical scavenging
antioxidants play a key role in anti-wrinkle diets.

Cancer is a leading cause of death worldwide, and deaths from this frightening
illness are projected to continue rising. The good news is that you can do a lot to
reduce your risk of cancer: you can start working out to reduce excess body
weight, stop smoking, consume less alcohol, and start following a cancer
prevention diet that includes plenty of healthy foods with potential anti-cancer
properties.
As part of your anti-cancer diet, you&#39;ll also want to reduce your intake of white
sugar and switch to healthier sweeteners such as thyme honey. Not only is thyme
blossom honey considered an overall good choice for people looking for a
healthier alternative to table sugar, this full-bodied honey has also been shown to
reduce the viability of endometrial cancer cells (Ishikawa cells) and prostate
cancer cells (PC-3 cells).
Thyme Honey Contains Quercetin and Other Anti-
Allergenic Compounds
In folk medicine, honey has been used widely as a remedy for springtime
allergies due to the small amounts of pollen it contains. Those who recommend
honey as a remedy for seasonal allergies claim that consuming local honey daily
before allergy season can help your body get accustomed to pollen and make
your body immune to it. However, scientists have been fast to chime in to point
out that it&#39;s generally the pollen blowing in the wind (released by non-flowering
plants such as trees and weeds) that causes seasonal allergies, not the pollen in
flowers carried by bees.
However, one recent study did find that pollen collected by bees has anti-
allergenic effects, mediated by an inhibition of IgE immunoglobulin binding to
mast cells. That said, most honeys you find in the shops have been filtered and
contain therefore very little, if any, pollen.
Much of the debate over whether honey is a good anti-allergy food has centered
on the pollen content of honey. However, some honeys, including thyme honey,
are naturally rich in substances other than pollen that may exert anti-allergenic
effects. Thyme honey, for example, has been shown to contain exceptionally high
levels of quercetin compared to other honeys. Several scientific studies have
found quercetin capable of reducing allergic reactions by stabilizing the cell
membranes of mast cells and basophils, thereby preventing them from releasing
histamine.
In addition, thyme honey has been reported to contain high levels of rosmarinic
acid, a polyphenol that is particularly abundant in some culinary herbs such as
rosemary, thyme, basil, marjoram, and sage. Both animal studies and human
studies suggest that rosmarinic acid can help suppress allergic reactions. These
positive effects appear to be linked to its ability suppress allergic
immunoglobulin responses and inflammation caused by leukocytes. 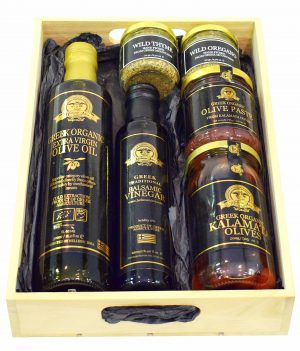 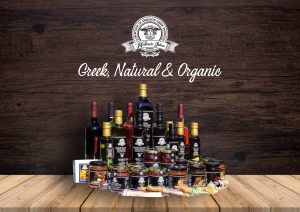 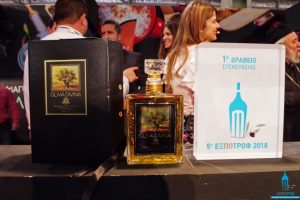 Our Company’s 24K GOLDEN EDITION EXTRA VIRGIN OLIVE OIL “OLIVA DIVINA” has been awarded with the 1st Prize of Packaging & Design at the Exhibition of EXPOTROF 2018 in Athens Greece! Thank you for your Support !